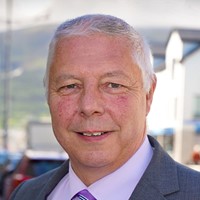 Cllr Robert Burgess has been a councillor since 1999. First Elected to Down District Council in 2000, where he was Chairman for the 2004/05 term.

He was elected to the Newry Mourne and Down Council in 2014 and has served on all Committees of the Council.

Robert is the UUP Office Bearer on NILGA and on behalf of the Association serves on the Partnership Panel, the Commonwealth Local Government Forum, and the Strategic Migration Partnership.

He also serves on the Northern Ireland Executive of the National Association of Councillors (NAC) and is the NI representative on the NAC Executive UK.  Robert is a Board Director of the East Border Region, a Board Member of the Local Action Group and is an Executive Member of the Ulster Farmers Union and currently Chairman of the County Down Committee. 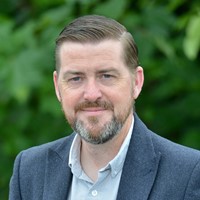 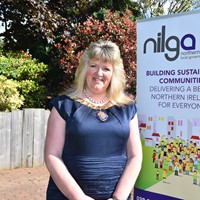 A strong advocate for the community within Clogher Valley, Cllr Frances Burton strives to be a strong voice in local government. Frances had been an Executive Member of NILGA and an Office Bearer Alternate since 2016.

Cllr Burton has been a local Councillor for 14 years. First elected to Dungannon & South Tyrone Borough Council in 2005, she was elected to the new Mid Ulster District Council in May 2014 and served as Deputy Chair in 2018/19.

As well as representing her constituents at Council, she also serves on the Mid Ulster District Council Development Committee and Environment Committee.

Councillor Burton also serves on the following outside bodies and Council working groups: 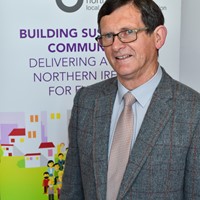 Cllr Kearney is married to Grace, they have four children and live in Glenone, Portglenone.  Cllr Kearney is a former Principal of St. Mary’s P.S. Harryville, Ballymena.

He first served on the former Magherafelt Council and was elected to Mid Ulster Council in 2015.  He was appointed SDLP Group Leader in 2015 and Council Chair in June 2019.  He was the first Chair of the Planning Committee (2015 - 2016) and he also served on the Environment and Policy and Resources Committees (2015 - 2019).  He is a member of the Mid Ulster Rural Development Programme (LAG) and an Executive Member of NILGA.

I am deeply involved in my local community as: Vice-Chair of the Board of Governors’ of St. Conor’s College, Secretary of Roger Casement’s GAC, Member of Greenlough Parish Pastoral Council, Director of Glenone Business Park and Portglenone Enterprise Group.  I have a small farm and my particular interests include education, the environment and community development.  I am a former member of the B.B.C. Education Council (N.I.) and Judge of the National Teaching Awards. 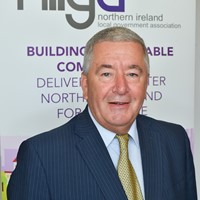 Alderman McDowell has served Newtownards as an Alliance Councillor on Ards Borough Council since 1993, he was Mayor of Ards 1999/2000 and a member of NILGA since its formation.

In 2014 he was elected to the new Ards and North Down Borough Council and elected as an Alderman in 2015. Alderman McDowell is currently Chair of the council Planning Committee and he sits on the Regeneration and Development Committee.

Ald McDowell is the former Chair of the East Border Region and he has an active interest in Economic Development. As a voluntary Director in Ards Business Centre he has helped create many new jobs and recently supported setting up a new Social Enterprise business in Newtownards employing 12 staff.