Results of the 2017 Translink Ulster in Bloom competition

The ‘Most Improved’ title went to Gortin (Fermanagh and Omagh DC) and the ‘Roses in Towns’ award winner is Ballymena (Mid & East Antrim BC). Special Award winners are: Carrickfergus (Mid & East Antrim BC) and Castlecaulfield (Mid Ulster Council) in recognition of efforts to support biodiversity along with Belleek Pottery – Fermanagh, O’Kane’s Bar – Randalstown, The Dirty Onion Bar & Restaurant – Belfast and Cove Bay Housing Development – Groomsport for their outstanding plant/floral presentations.

Bob McClure from Castlecaulfield Horticultural Society is the winner of the Ulsterbus Tours Community Champion Award in recognition of the lasting and positive difference he has made to his local area by embracing the ‘Ulster in Bloom’ ethos.

“Congratulations to all the 2017 Translink Ulster in Bloom winners and runners-up! It’s been a highly competitive year with such an impressive standard of entries and we’ve seen a number of new locations reach the top spots.

“We’d like to thank all the local councils, businesses and community groups who invest their time, effort and expertise throughout the year to make their area a more attractive place to live and visit.
“We’re also pleased to announce these results during European Mobility Week which encourages more people to choose sustainable travel. The event’s theme this year is 'Sharing gets you further' which also reflects the ethos of Ulster in Bloom which is very much about teamwork to achieve such outstanding results.

“At Translink, we continue to work hard to transform public transport to support the growth and prosperity of villages, towns and cities across Northern Ireland. We’re delighted to bring the Results Announcement to Derry~Londonderry – the winner of the Translink Ulster in Bloom City Award – where we have recently launched our new Foyle Metro bus service featuring an attractive new fleet and improved timetable.

“We remain committed to working closely with our stakeholders in government, business and the community to deliver infrastructure development, product innovation and sustained vehicle investment to benefit our customers right across Northern Ireland,” said Frank.
The Translink Ulster in Bloom Competition is co-ordinated by the Northern Ireland local Government Association (NILGA).

“As Vice President of NILGA, it is my pleasure to convey the Association’s admiration, encouragement and congratulations to everyone who has participated and contributed to the 2017 Translink Ulster in Bloom Competition.

The competition celebrates the successes that can be achieved when councils, “Bloom” committees, residents and businesses, come together to take pride in the places where they live and work, creating a better environment for everyone to live in and share.
With the ongoing partnership support of the councils and our sponsors Translink, NILGA is committed to building on the culture of the competition and growing it into the future, harnessing the opportunities provided through council community planning powers. People in local places can really influence local decisions, which is great for democracy and great for Northern Ireland,” said Alderman Donnelly.

THE RESULTS OF THE 2017 TRANSLINK ‘ULSTER IN BLOOM’ COMPETITION ARE AS FOLLOWS:

ROSES IN TOWNS’ TROPHY Awarded to Ballymena
Presented by Belfast City Council to the city, town or village, (other than Belfast), who uses roses to the best advantage in public areas. 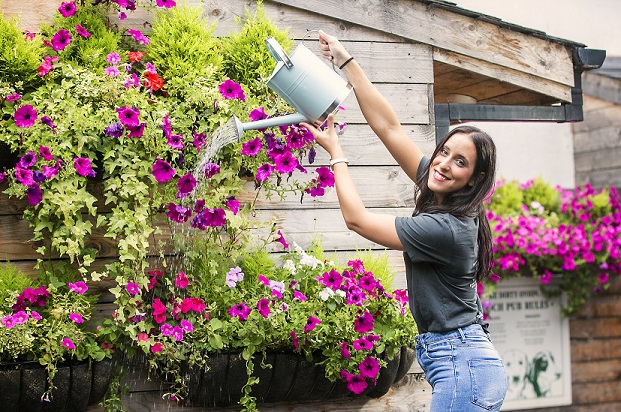