A BLOOMING GOOD SHOW AT BALMORAL

Lisburn & Castlereagh City Council has created a number of floral displays at its stand in the Healthy Horticulture section of this year’s Balmoral Show.

The stand showcases the Council’s ‘green fingered’ talent that will be judged at upcoming RHS Britain in Bloom and Translink Ulster in Bloom competitions.
The Council was delighted these floral displays received the 'Best Trade Stand not showing equipment or food' Award this year.

Hillsborough will be judged as part of this year’s RHS Britain in Bloom while the whole Lisburn Castlereagh area will be part of the Translink Ulster in Bloom competition that will be launched on the 5th June in Titanic Belfast to coincide with Translink Bus + Train week. Ulster in Bloom is a partnership between Translink, the Northern Ireland Local Government Association (NILGA) and involves all eleven councils.

Alderman James Tinsley, Chairman of the Council’s Leisure and Community Development Committee said: “The floral displays are getting lots of attention this year at Balmoral and we are very pleased that visitors to the show have been taking photographs of it. In recent years Hillsborough has won several floral awards across a number of competitions including Britain in Bloom, Ulster in Bloom and Supervalu Best Kept Awards. This year Hillsborough will once again be part of local and national floral competitions; and the Council is keen to raise awareness of this through flowers at one of the largest shows in the Council area, the Balmoral Show. I am very pleased to see the talent of the Council’s Parks Team on display to tens of thousands of people at Balmoral Show. The attention to detail in the displays is amazing and visually demonstrates partnership working.”

During the judging for RHS Britain in Bloom, Hillsborough will be assessed under three key criteria: horticultural achievement, community participation and environmental responsibility, demonstrated across public spaces such as town or city centers, parks and communal gardens, as well as natural spaces including conservation areas and wildflower meadows.

The Translink Ulster in Bloom competition is organised by NILGA. Councillor Dermot Curran, NILGA Vice President, said: “As the Local Government Association, NILGA represents, promotes, sustains and improves local government on behalf of all councils. The Translink Ulster in Bloom competition helps us all, councils and councilors to focus on improving the quality of life for citizens right across the region, creating a better environment for everyone to live in and enjoy.

“On behalf of NILGA, I would like to acknowledge the ongoing support and partnership of Translink as competition sponsors. I would also like to recognise the support and commitment from Lisburn & Castlereagh City Council who have created wonderful displays at this year’s Balmoral Show to celebrate the Translink Ulster in Bloom competition and NI Railways 50th Anniversary.” 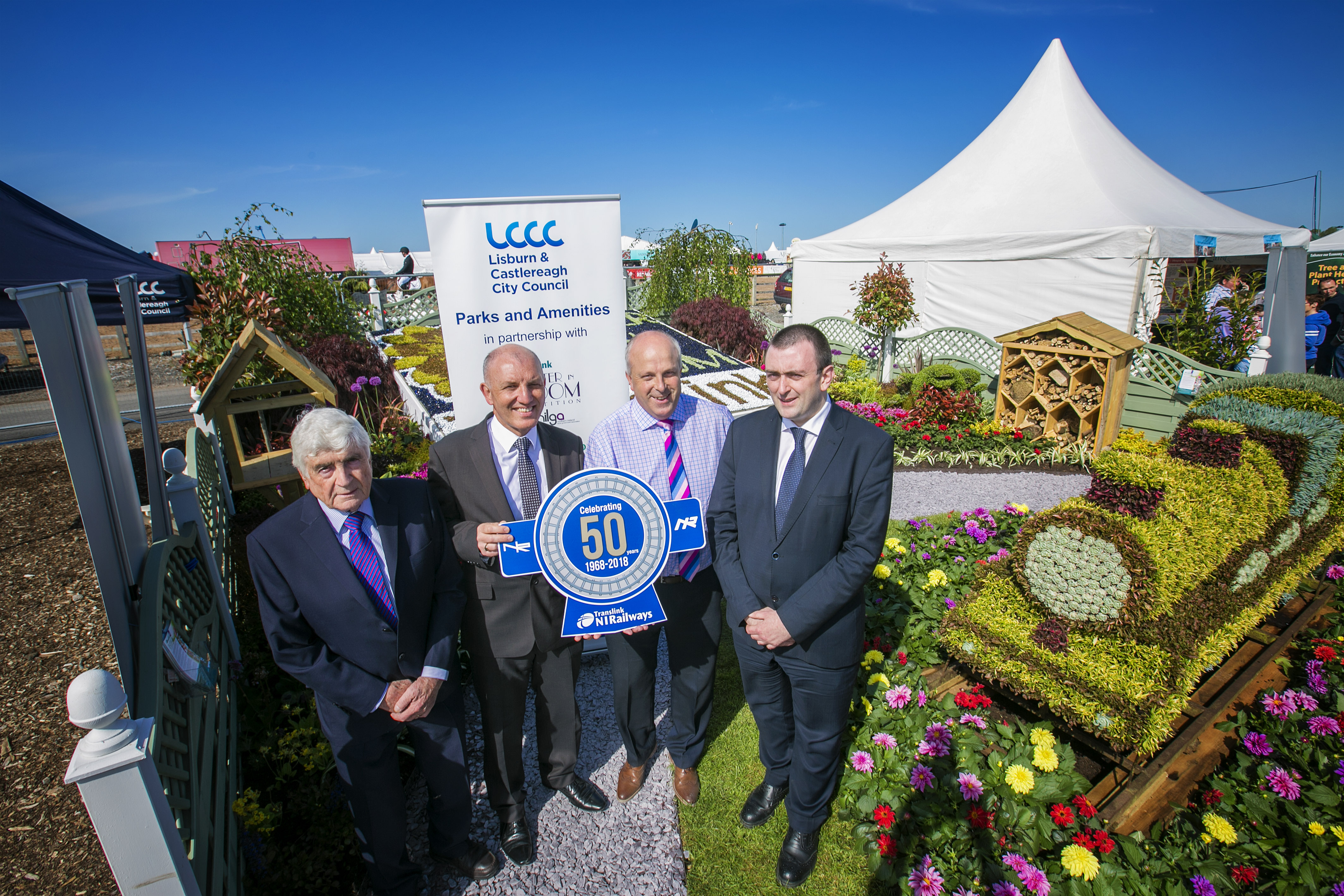