NI councils and community gardeners celebrate after walking away with a category win and haul of medals at the RHS annual competition.

The village of Castlecaulfield in County Tyrone was awarded a gold medal in the prestigious Champion of Champions category, narrowly missing out on winning the top title to the Scottish city of Perth.

Castlecaulfield impressed the judges with its incredible community spirit and green credentials including wildflower meadows and a woodland conservation area that has been re-vamped with the help of an Eco Buddies youth group. The “exemplary” walled garden and three-dimensional floral figures around the village were other standouts.

Derry won the Small City category and added another gold to the tally, seeing off competition from Harrogate, Kirkcaldy, Loughborough and Rugby to take the top spot. The city’s environmental commitment shone through with a move towards pollinator-friendly planting, the expansion of traffic-free ‘greenways’ to link up parks and other green spaces, and the introduction of a Climate Adaption Plan.

The full results for the RHS Britain in Bloom finalists representing Ulster are:

Finalists are judged not only on their floral displays but environmental and community efforts. Each was visited by a pair of RHS judges over a fortnight from the end of July.

Darren Share, Chair of the RHS Britain in Bloom judges, said: “Congratulations to all of this year’s UK finalists. It’s incredibly humbling to hear about the huge efforts they’ve invested in making our villages, towns and cities greener places to live, work and visit.

“This makes a tremendous difference locally but has a wider impact too. Gardeners are increasingly having to respond to the changing climate, declining pollinator numbers and plastic waste and more communities are galvanizing people around these issues to bring about positive change.”

The Ulster finalists collected their awards from Baroness Floella Benjamin, RHS Vice President, at the ceremony held in the RHS Lindley Hall, London.

The full results for RHS Britain in Bloom 2019 are here: www.rhs.org.uk/bloomawardsresults 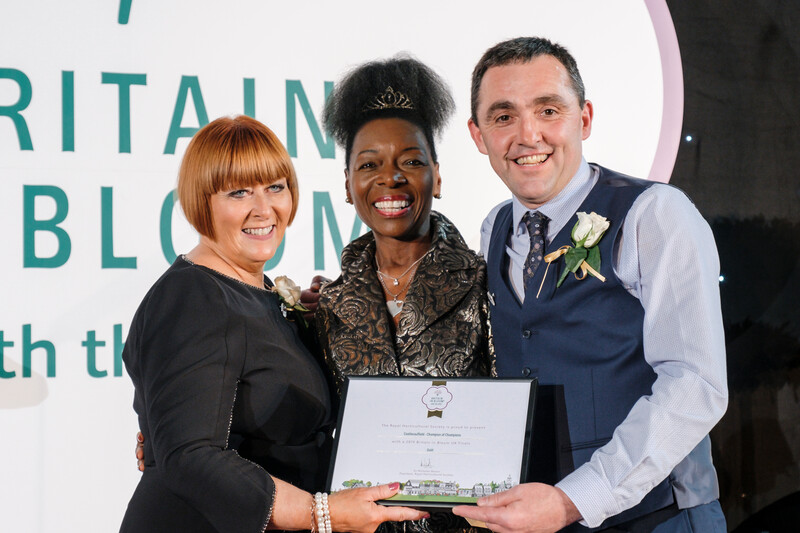