Northern Ireland’s businesses will be offered carbon reduction workshops and practical net zero advice from 27 September to 1 October as part of Planet Mark’s Zero Carbon Tour across the UK ahead of COP26.

The workshops will be provided by Planet Mark – a leading sustainability and net zero certification group that usually works with companies like Centrica and Charles Trywhitt – and forms part of the UN-backed Race to Zero and Together for Our Planet campaigns.

In the UK the Race to Zero effort is being coordinated by Kwasi Kwarteng’s Business, Energy and Industrial Strategy (BEIS) department working with Local Authorities, Planet Mark, the Institute of Directors, and others. It is the Government’s flagship campaign to raise awareness among the business community about the urgent need for firms to cut their carbon emissions.

The Northern Ireland leg of the Tour will see Planet Mark partner with NILGA and Translink to travel the region in Translink’s new zero emission hydrogen bus, visiting local businesses to hear stories about how organisations are decarbonising in addition to providing net zero workshops for businesses that are yet to begin their low carbon transition. The tour is supported by Belfast City, Mid and East Antrim, Derry City and Strabane and Causeway Coast and Glens Councils and a flagship event will be held at Stormont on 30 September.

August’s hard hitting IPCC report showed just how dire the climate crisis really is. The study said: “it is unequivocal that human influence has warmed the atmosphere, oceans and land.” Businesses and organisations in Northern Ireland, and across the UK, must therefore be encouraged to take action now to reduce their carbon emissions and help create a healthier planet and society.

From 27 September to 1 October, Planet Mark’s team will demonstrate to Northern Ireland’s businesses how they can set their own credible carbon reduction targets and implement plans to achieve them in line with the Race to Zero’s rigorous minimum criteria. The events will empower local firms and their employees to become part of a greater national effort to protect our environment by demystifying what is needed to achieve net zero. It will also highlight the good work many companies are already doing to address their carbon output.

Steve Malkin, founder and CEO of Planet Mark, says: “We are delighted to be collaborating with NILGA and Translink on this leg of the Zero Carbon Tour as part of the Together For Our Planet campaign in the build up to COP26. We look forward to gathering in-person and online to talk about how all businesses and organisations, no matter their size, can contribute to the fight against climate change by committing to net zero carbon. Through the critical Race to Zero we can all play a part in our planet’s future”.

Karen Smyth, Head of Policy at NILGA, says: "NILGA, as the representative body for the 11 councils in Northern Ireland, was happy to play a key part in facilitating this tour in the run up to the COP26 conference in Glasgow. Our local councils actively promote and encourage climate action within their communities and in support of local businesses and we believe that the Planet Mark Zero Carbon Tour has given Northern Ireland local government an unmissable opportunity to promote the stories of our leading green businesses on a global stage. We would particularly like to thank the Department for BEIS, Translink, Wrightbus, and the host councils, for turning the Northern Ireland leg of the tour from a good idea, into a reality."

Lord Mayor of Belfast, Councillor Kate Nicholl, says: “Climate change has reached a point where we need to make urgent and concerted efforts to understand and prepare for its impact.The carbon reduction workshops being offered to Belfast based businesses as part of Planet Mark’s Zero Carbon Bus Tour will provide businesses in our city with support and practical net zero advice to ensure they are prepared for, and protected from worst impacts of climate change.  Like many cities, the impacts of climate change for Belfast will be profound and we must be ambitious in the targets we set to reduce our impact on the planet. Taking part and contributing in these carbon cutting workshops as we look ahead to COP26 will enable businesses to share knowledge, set their own carbon reduction targets and fully contribute to the Race to Zero.”

Chris Conway, Translink Group Chief Executive, says: “We are delighted to be a partner on this initiative. We recognise the pressing climate crisis and the role public transport will play in delivering a low carbon economy and protecting the environment.   By providing one of our new zero emission hydrogen powered buses to facilitate the NI leg of this Tour, we can demonstrate how we are starting to decarbonise our business and help to inspire others to show similar leadership and join the campaign for a better future for generations to come.

Race to Zero is the UN-backed, global campaign to rally leadership and support from all non-state actors for a healthy, resilient, zero carbon recovery. All members are credibly committed to the same overarching goal: halving global emissions by 2030 and achieving net zero emissions as soon as possible, and by 2050 at the very latest. Planet Mark is one of the campaign’s 11 formal partners for businesses.

Businesses can sign up to the events through Eventbrite. 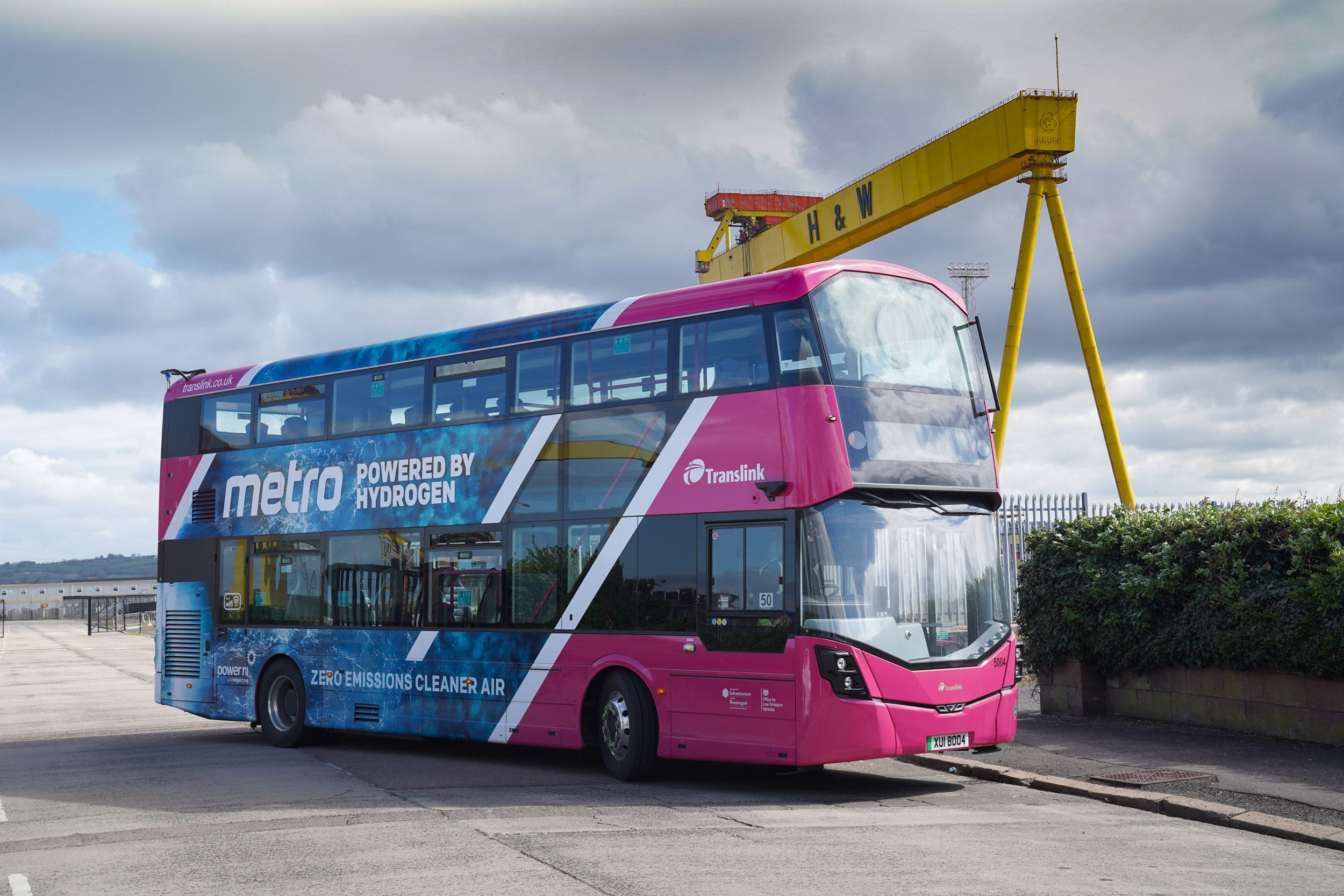