The new President of the Northern Ireland Local Government Association (NILGA) has laid out ambitious plans for the sector and Association for the coming year and called on all political parties in Northern Ireland to commit to reforming an Assembly and Executive as soon as possible.

Speaking at his inauguration at NILGA’s AGM today at the Downshire Civic Centre in Downpatrick, Mid Ulster Councillor Martin Kearney (SDLP) warned the current political uncertainty is sure to negatively impact local government and wider society over the summer and in to the autumn in the face of rising cost pressures.  Additionally, he warned the longer term would most certainly affect the proper functioning of public services in Northern Ireland.

Laying out his vision for the next 12 months, Cllr Kearney said NILGA is committed to playing its part as a regional political voice of local government in Northern Ireland to ensure the future sustainability of the sector.. He also looked ahead to the next local government elections, due to be held in Spring 2023 in Northern Ireland, and what local councils can deliver with even greater powers, resources, and finances.

Cllr Kearney, a retired school principal, lives in Portglenone and has been a member of the SDLP for over 40 years. The former Chair of Mid Ulster Council in 2019/20, Cllr Kearney has interests in farming, education, the Irish language, and community development.

“I am hugely excited to take up this new role on behalf of our 11 local councils. This is an important but challenging time for local government in Northern Ireland. After the huge impact of the pandemic, it’s positive that we are heading back towards what was considered normality in March 2020. However, we must not play down the challenges that still lie ahead of us.

“Cost of living, cost of doing business, global issues affecting our communities on a local basis, and – most pertinently – the current political uncertainty are piling serious pressure on households, businesses, and councils across the North. Our 11 local Councils have provided a very positive example in reliably delivering for our communities and local areas. We work collaboratively with other political parties and other members on a daily basis to ensure we are providing vital public services in our cities, districts and boroughs.

“Families are struggling under the weight of ever-growing energy and electricity bills while businesses continue to require support as they come out the other side of the pandemic. Local government, as always, stands ready to help our communities in any way we can but urgent political stability is vital as is delivering greater powers, resources, and finances to our 11 councils.

“As NILGA President, I plan to work collaboratively with both Members and Officers in all 11 councils as well as MLAs and Officials at Stormont to strengthen the relationship between central and local government. I will work tirelessly to get the proper funding and resources that we require and deserve. Despite everything that it contributes to our communities, local government equates to less than £900 million of Northern Ireland’s annual public sector budget of £24bn. Councils can be hubs of economic vitality and support our constituents even more, but we need the right tools and resources to do so.”

“It has been a privilege to be President of NILGA over the past year. As an organisation, we have worked tirelessly and collaboratively with partners and stakeholders across the public, private and third sectors to deliver solutions for our communities, especially as we recover from the pandemic. I am also particularly proud of representing NILGA and Northern Ireland at the COP26 Climate Conference in Glasgow in November 2021.

“I wish Cllr Kearney every success for the next year and I and my colleagues in the cross-party NILGA Executive will support him and the rest of the team at every turn.” 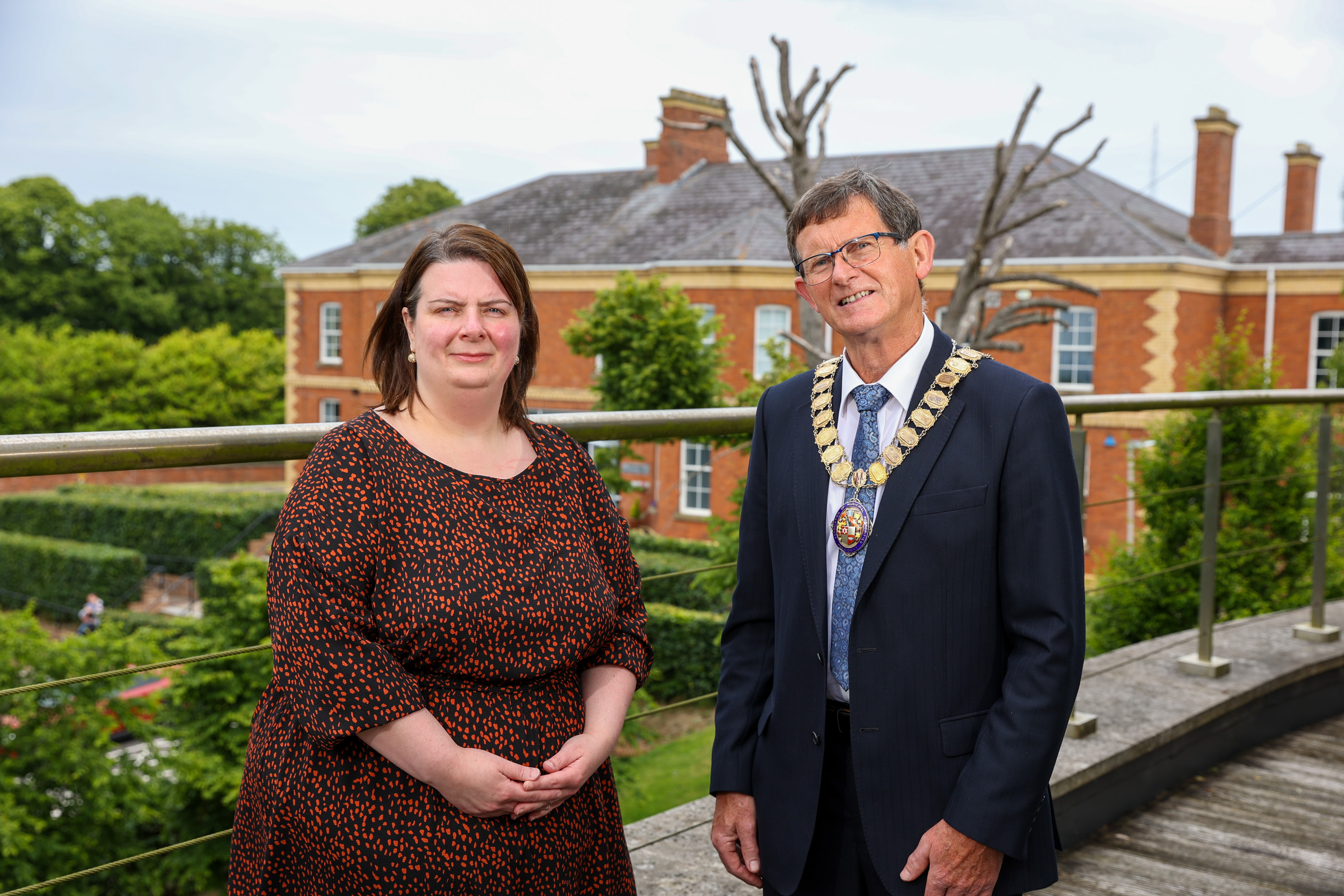