The purpose of the network is to develop member awareness and capacity in relation to community planning and wellbeing and to lobby for strengthened legislation, guidance and support for councils in this regard. 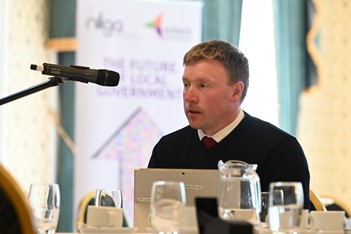 Democratic Scrutiny of: Departmental and partner organisation input in relation to priority Environment, Social and Health issues, and to develop regional policy approaches on these and related issues.

Monitoring the progress of the relationship between government departments and councils on community, health and environment issues, including relationships with arms-length bodies

Oversight of the partnership work between local and central government and partners on delivery of key issues impacting on councils, and on which council can have an influence.

Lobbying for improvements and for resources to deliver

Final NILGA response to the UK consultation on introducing a DRS in England, Wales and Northern Ireland - Jun 2021 [PDF]